D6513 (33102) was built at the Birmingham Railway Carriage & Wagon Company works in Smethwick. One of 98 that were built between 1960 and 1962. Initially Class 33’s were known as BRCW Type 3 Locomotives under the British Railways modernisation plan. This class of Locomotives were built for the Southern Region.

As with many railway locomotives and rolling stock nicknames were common these locomotives became known as ‘cromptons’, this was after the Crompton Parkinson Electrical equipment.

They were more powerful than other BRCW Locomotives, the Class 26 and Class 27’s. This in part was because a steam heating boiler was not required by the Southern region as they were to be used to haul passenger traffic in the summer negated the need for carriage heating. In the winter their expected work was to be mostly freight so heating was not an issue.

Fitted with a Sulzer 8-cylinder engine developing 1,550hp they were the first class of locomotive to be equipped with electric train heat from new and were also equipped with dual braking systems - vacuum and air. They were also the most powerful BR Bo-Bo diesel locomotive.

In common with the Class 26 and Class 27 the Class 33 bodywork and cab ends were Steel. They were remarkably similar in appearance to class 26 locos but carried Southern Region two-digit headcode blinds between the cab windows. Unlike The class 26 and Class 27, Class 33’s never received cab front end gangway doors.

The North Staffordshire Railway Company's class 33 33102, works number was DEL015, and entered traffic back in June 1960, and originally numbered D6513 and painted in two tone green livery. It was allocated to Hither Green Depot.

In May 1967 it was reallocated to Eastleigh depot and entered the works in October of that year for the fitment of Push Pull mode technology as part of a batch of 19 locomotives.

Push Pull mode was to enable them to handle services over the non-electrified section of line between Bournemouth and Weymouth. 33102 was often seen displaying yellow box with a bell and orange beacon on the front when running along Weymouth Quay. By this time she was carrying BR blue livery.

December 1973 saw her renumbered to 33102 under the British Rail TOPS scheme and became part of Class 33/1 - indicating a push-pull fitted loco.

33102 received its last overhaul at Eastleigh works in July 1987. In the early 90’s 33102 had a cab front pipe fitted below its central headlight for trails with rail head cleaning equipment. 33102 was the only class 33 so fitted.

She was withdrawn from mainline service in 1992, still carrying BR Blue livery, and by then had been unofficially named 'Sophie' by one of the depot staff at Eastleigh. Initial rumours were that 102 was named after the depot cat however its believed that the name was actually from a well-liked TV soap character from Australian TV series Home and Away.

The North Staffs Railway Diesel Group based at the Churnet Valley Railway were successful in buying her through a tendering process in 1993 and she was moved to the railway in October of that year. Following considerable restoration work she entered service on the railway in 1997.

During 2000, 33102 received a bogie swap following a traction motor fire. The bogies came from 33056 Burma star which at the time was also preserved at the CVR.

By the end of 2009 'Sophie', now owned by the North Staffs Railway Co (1978) Ltd, was again in need of restoration and refurbishment. After a lengthy overhaul which included extensive body work, a rewire, new internal guttering and drains, replacement of cant rail grilles, complete strip down and overhaul of the compressor, new batteries and a complete repaint 33102 appeared in time for the CVR’s 2012 diesel weekend.

Since then, 33102 has proved a popular locomotive and regular performer on railway services, and during September 2018 saw a trip to Llangollen Railway, only the second time a 33 had been to the railway. It subsequently visited, CVR’s railway neighbour Foxfield Railway for their Diesel gala in April 2019 and was seen running demonstration coal trains. 33102’s last trip out was to the Ecclesborune Valley Railways diesel gala in August 2019, where 33102 was seen paired up with sister locomotive 33103, and also operated services with Class 31 31601 and other Southern region stalwart 73201.

33102 also made an appearance in UKTV’s Train Truckers as part of one of these trips.

33102 carries a Brass plaque in its number 1 end cab in memory of the Late Nick Corby, who died in December 2019, a former NSRC member and railway volunteer who played a significant part of the Locomotives more recent history.

As one of two operational mainline locomotives on the CVR,  33102 can often be seen hauling both passenger, goods and engineering trains anywhere along the line.  When not in use 33102 is usually found within the confines of Cheddleton MPD yard.

Maintenance is kept under review to ensure that the locomotive is available for use as much as possible. During 2020, 33102 has benefited from a refurbished triple pump, heat exchanger and one exhauster. 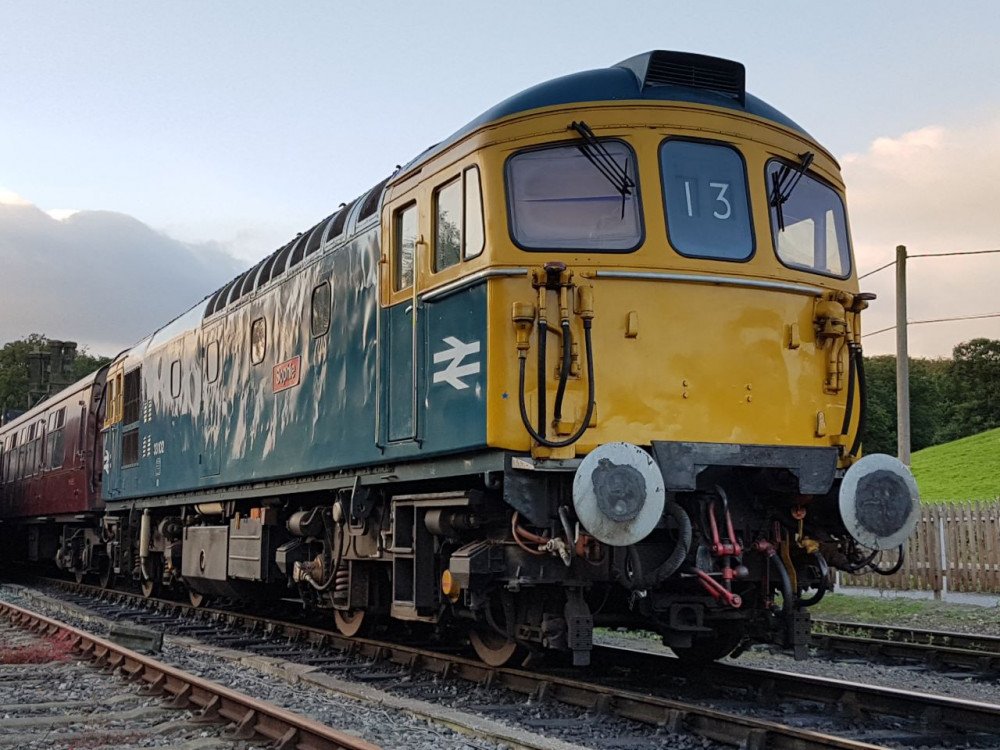 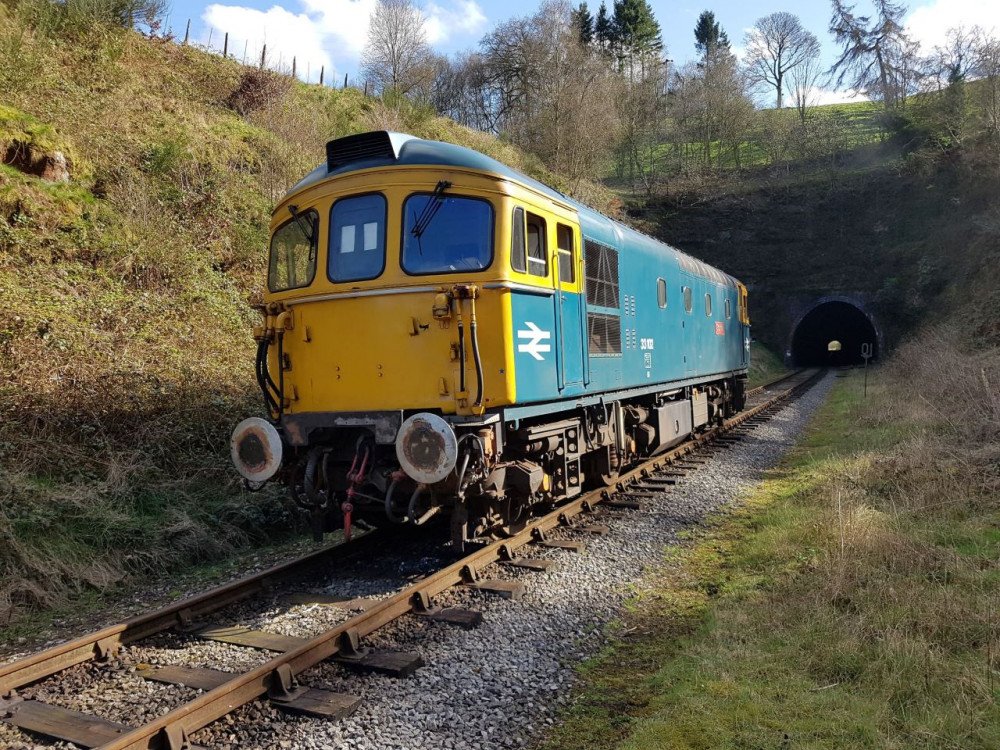 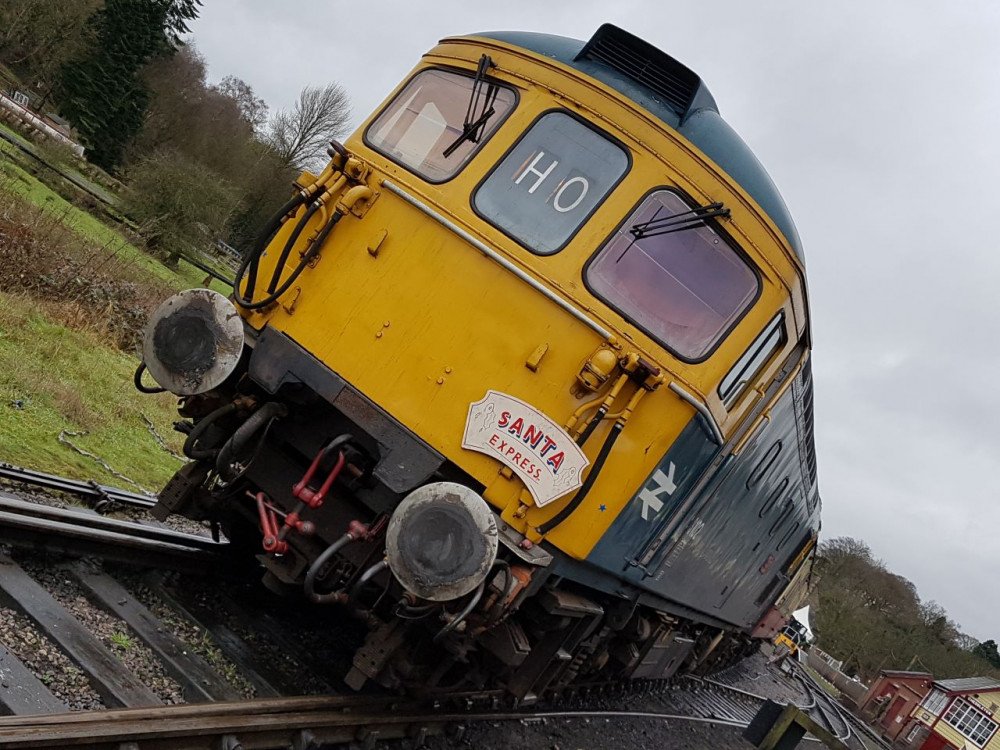 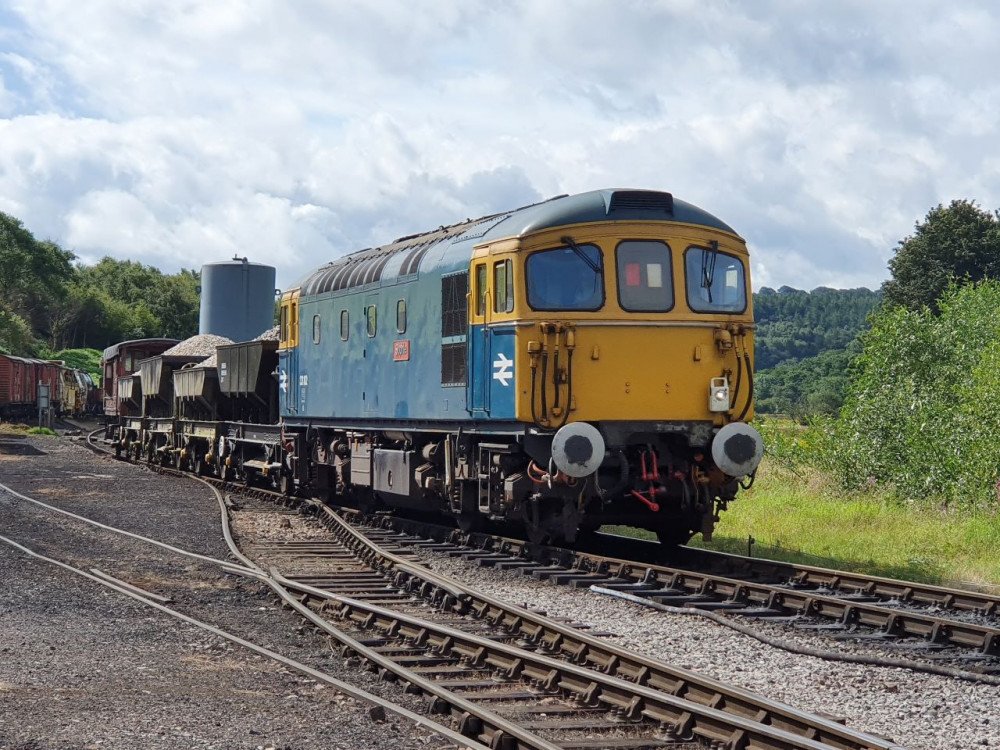 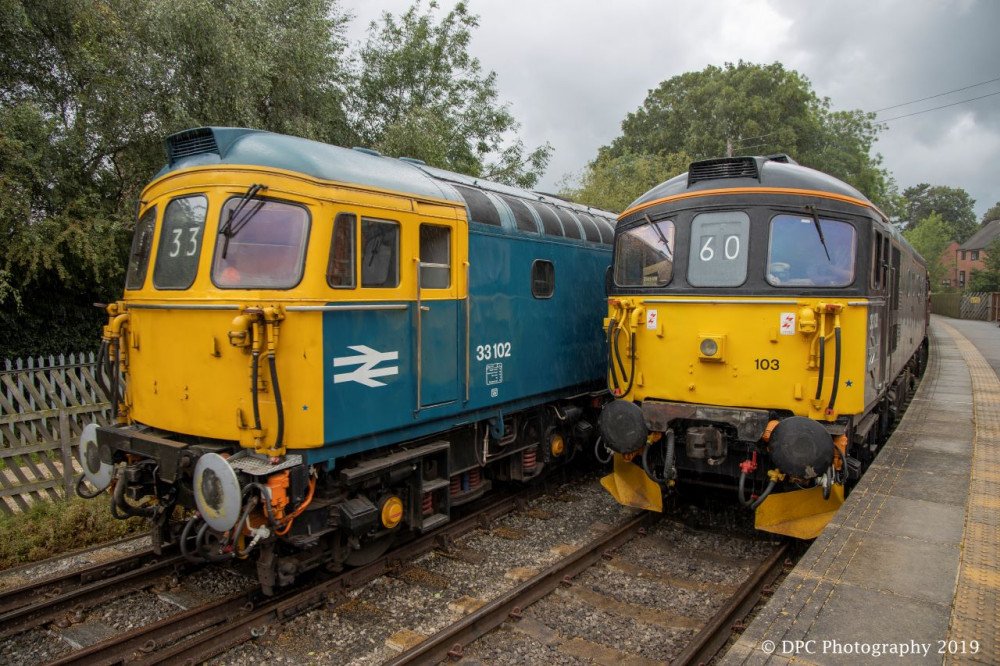