The North Staffordshire Railway Company (1978) Ltd, are proud of the acquisition of a “PAA” Covered Sand hopper wagon to the Churnet Valley Railway. This design of wagon began their working career with BR and in 1986 formed part of the last chapter of the ’s railway history under BR ownership as the last revenue hauling wagons to leave the Sand sidings at Oakamoor prior to cessation of sand transport by rail in 1988.

First introduced under British Industrial Sand in a white, yellow and black lettered livery, the 4 wheeled wagons have continued to work under successor WBB Minerals and refurbished by it builders WH Davis, Langwith between 2003 & 4, transporting sand traffic for making glass along the East Coast from Middleton Towers near Kings Lynn, to the Doncaster region in South Yorkshire.

In Early 2016, their owner - GB Railfreight - who operated the service they ran opted to replaced them with a new longer bogied wagon, thus leaving the PAA as surplus and disposed of the 36 year old wagons in early 2018.

NSRC are pleased to have saved wagon No.WBB30025 for future exhibition at the railway, displaying to all a part of our lines proud history prior to the preservation era.

It is hoped in the near future to display the wagon under its original number of BIS 7954 in the original BIS colour scheme. NB. BIS7954 was originally built with a single door roof cover, but later remodelled to the standard double door arrangement in the early 1990s to make all the fleet standard.

This 51 ton GLW covered sand hopper was part of the final build of this type of wagon for British Industrial Sand Ltd. They have retired from use from the extensive sand quarries south east of Kings Lynn at Middleton Towers now owned by WBB Minerals Ltd/Sibelco. The sand carried is used within the glass industry. 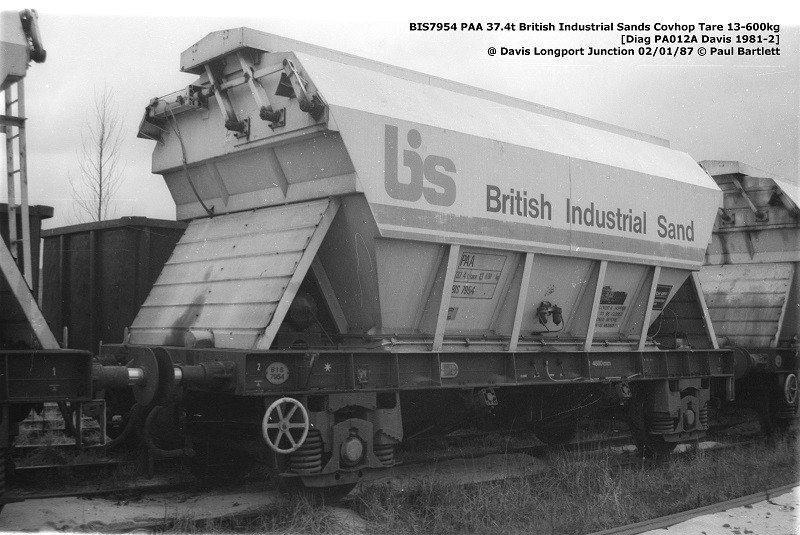 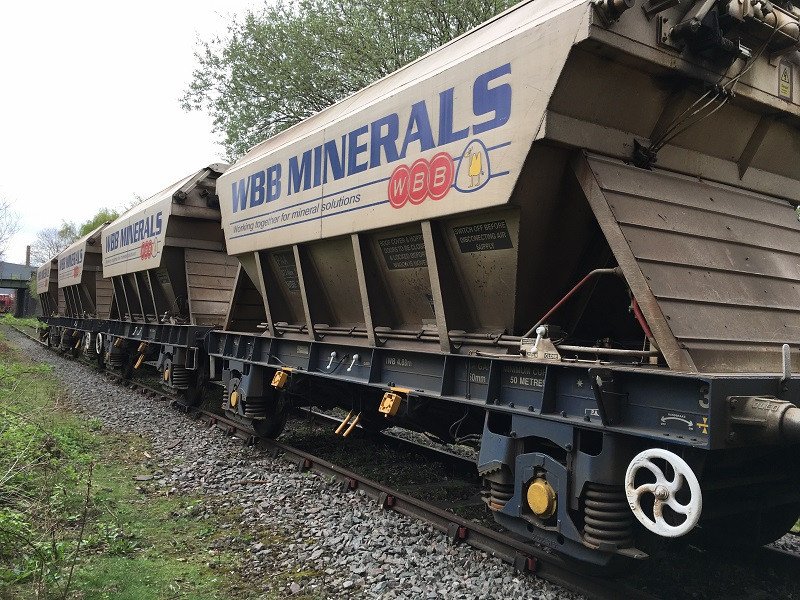 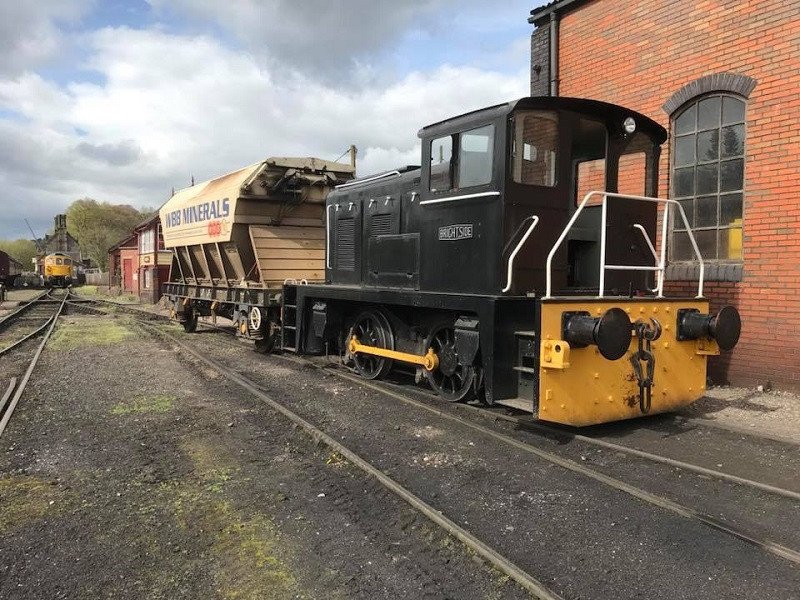 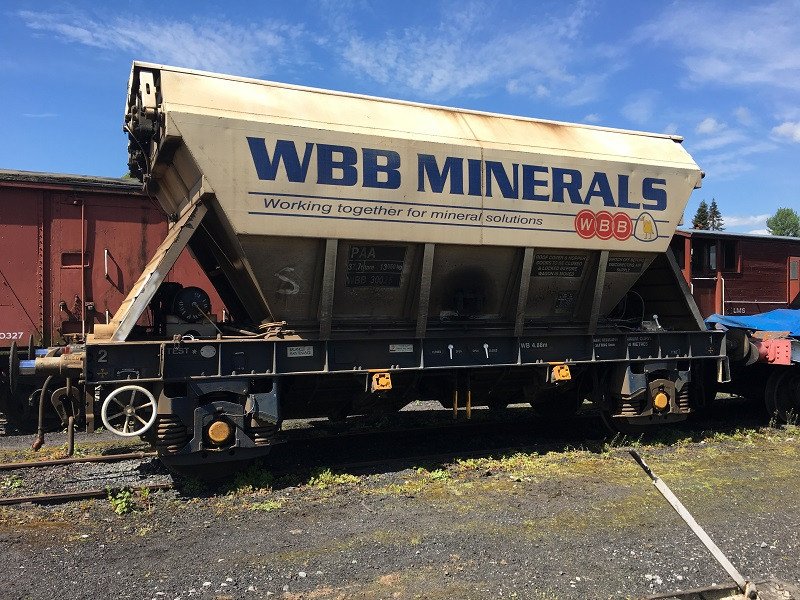 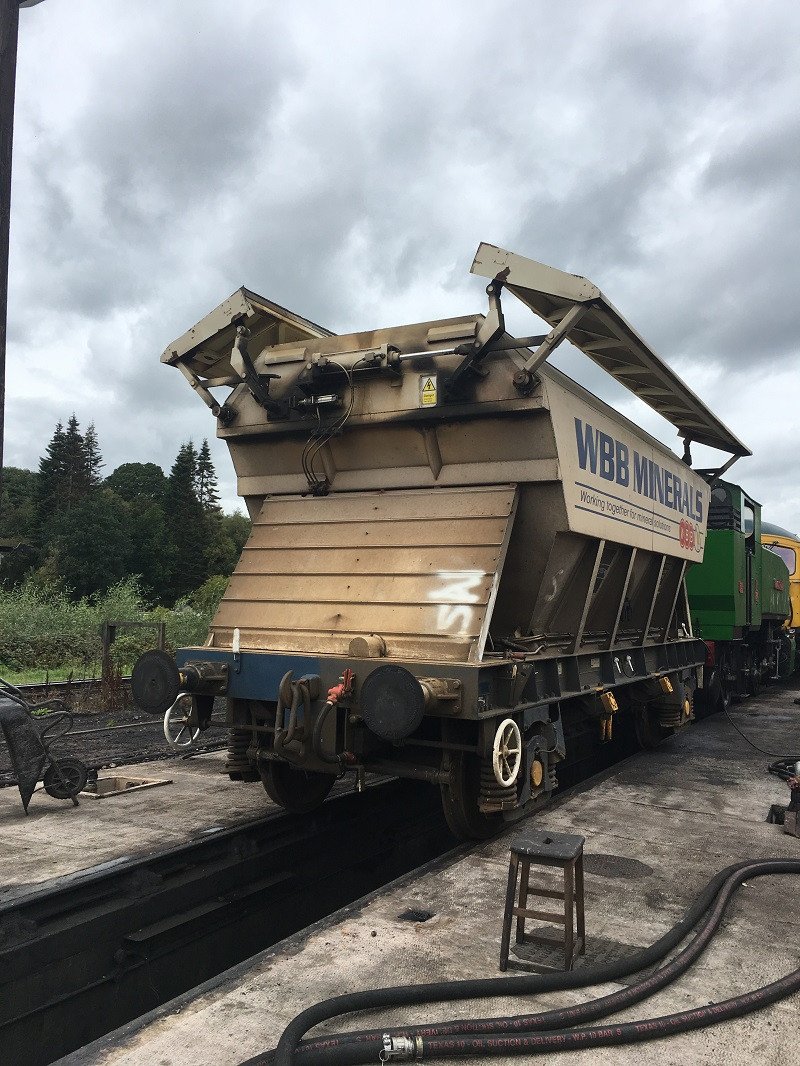