Built by the Yorkshire Engine Co of Sheffield and completed in May 1960 under works number 2672. Records suggest that YEC built 377 Diesel locomotive which include not just Brightside, but No 6 Janus Roger H Bennett which is also located on the Churnet Valley Railway.

Brightside was the fourth and final shunting locomotive used at British Industrial Sand company Moneystone quarry at Oakamoor on the Churnet Valley line.

All similar Diesel Hydraulic models made by YEC were rated at 170, 220, or 300HP. The design of Brightside is very similar in appearance to what became British Rail’s Class 02 shunter locomotive as 20 of the 170hp models were supplied to British Railways in 1960-1961. Before  moving to Moneystone, its life was spent working at Brightside foundry, Sheffield, hence its name.

Brightside is usually be found within the confines of Cheddleton MPD yard, or occasionally around Cheddleton Station performing shunting duties.

Whilst Brightside has not experienced a wide and varied history, the use of shunting locomotive at the Moneystone Quarry does have a bit of history behind it. As mentioned Brightside was the fourth and final shunter based at the quarry.

The first Shunter was built in 1940 by Robert Stephenson & Hawthorns of Newcastle-on-Tyne. Works Number RSHN 6980/140 The transmission was mechanical and the gearbox was mounted in front of the leading axle. It was an unusual design with a long low section on the front of the chassis. This locomotive arrived at the quarry in 1960. As AMW No.158 it entered preservation on the Churnet Valley Railway, in November 1978, and was named D2962 CAMEL. She moved to Tanfield Railway March 1987,and remains there to this day. More details on the locomotive’s history can be found on the Tanfield’s railways website.

The third shunter was a YEC 220HP 0-4-0 Diesel Hydraulic shunter of an identical design to Brightside under works number 2805. Originally this was sold to ICI Castner-Kellner works, Runcorn as CK2 but found itself working at the Cammell Laird Shipbuildiers in Birkenhead before moving to the quarry in 1987. Whilst at the quarry it was named CAMMELL celebrating its time at the shipbuilder but by 1989 was out of use. It moved to the Churnet Valley Railway at Cheddleton in 2003 but was scrapped by June 2007. 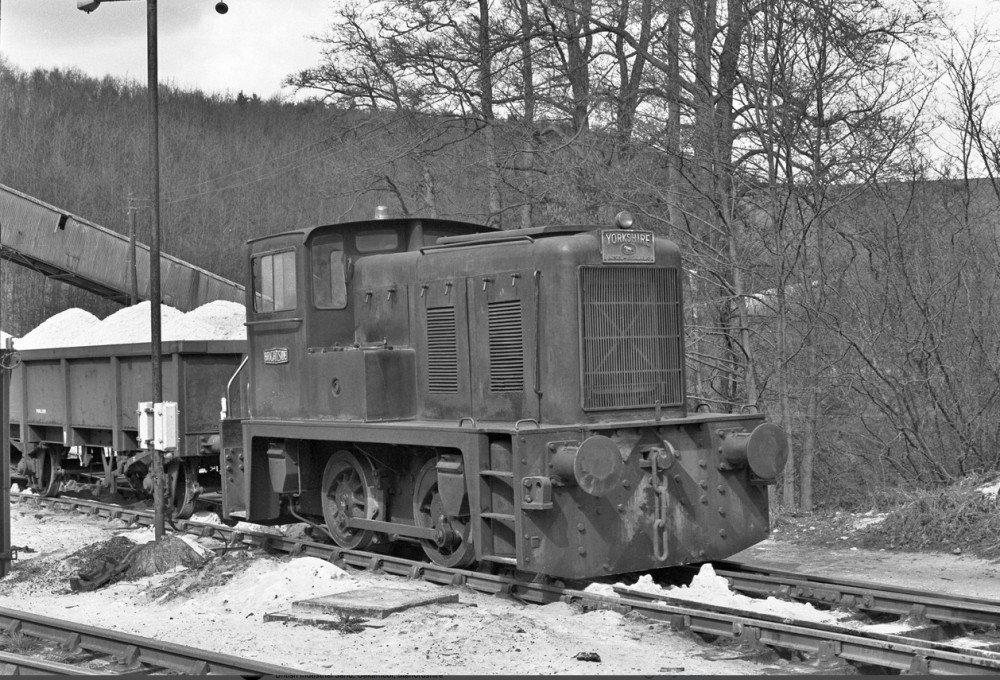 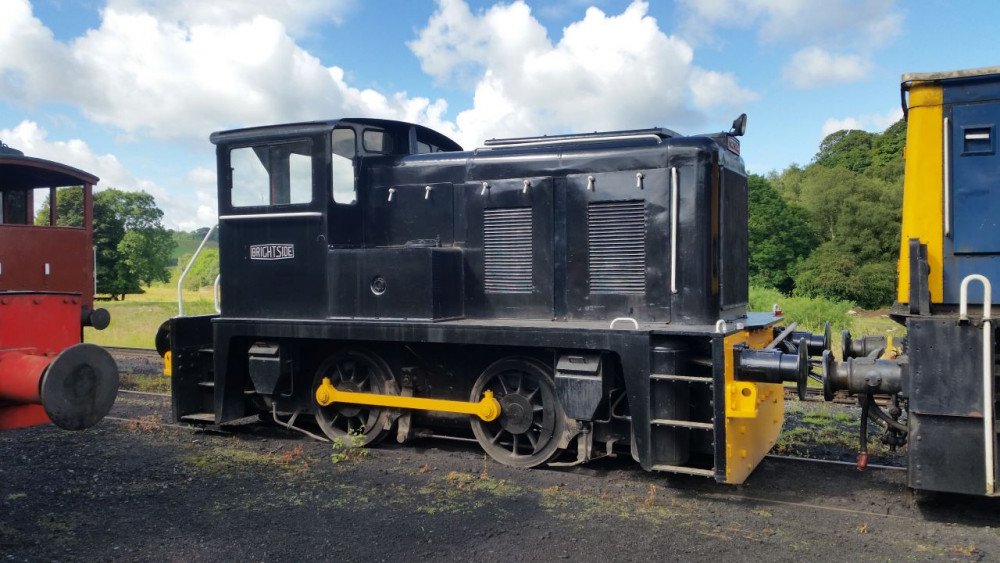