The Cheshire and Staffordshire Railway Society was formed in the 1970s, born out of ideas formed by Ken Simpson to try and save something of the lines built by the old North Staffordshire Railway Company. They held their first meeting on 23rd October 1971, and their original aim was to re-open a section of the former Biddulph Valley Line between Congleton Wharf and Biddulph. This line was built as a branch from South of Stoke Station that headed East before going Northwards at Milton, passing Ford Green and Black Bull on its way to Biddulph before crossing the Cheshire border and running under the Stoke-Manchester line to Congleton Wharf. 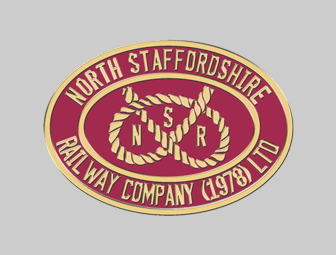 Early soundings to Cheshire County Council were sadly met with lukewarm interest, and in reality there was little encouragement from anyone for a preserved railway at Biddulph. Attention was therefore turned to Leek Station with a heritage line north to Rudyard Lake proposed, but after showing signs of potential interest Leek’s station building was demolished by the Council in 1973 before any preservation attempt could truly be made.

This also saw the former goods sidings sold off and subsequently built upon to the disappointment of the Society and its members. The Society then offered its third proposal to the Council, with a proposed re-opening of the Oakamoor to Alton Towers section using the former Oakamoor Tunnel as a stock storage base. Other ideas included the initial operation of a miniature railway along the trackbed from Oakamoor Station, in order to raise funds for the future development of a standard gauge railway. However after many fund raising walks and planning meetings (both in public and private), talks broke down with much public opposition to the idea coming from the residents of Oakamoor.

At the same time news came that the Council were going to demolish the former NSR building at Cheddleton in April 1974, but local businessman, resident and Parish Councillor Norman Hancock parked his car in front of the bulldozers, preventing the demolition gangs from doing so. This gave the C&SRS time to get the building listed before going on to negotiate the restoration of the building. With help from Sir John Betjeman and the Victorian Society, on 14th May 1974 the building received Grade II listing with a 21-year lease being concluded in 1975 to allow the C&SRS to take a tenancy out and use the former station building as a museum. This prompted a rapid change of name to become the North Staffordshire Railway Society and the establishment of the Cheddleton Railway Centre, which signalled the embryonic stage of the Churnet Valley Railway, and all plans for the Oakamoor to Alton Towers railway were put on hold.