"No.6" was built by the Yorkshire Engine Co. of Sheffield in 1959 (works number 2748) for the National Coal Board (NCB) and was one of two allocated to their Littleton Colliery in Staffordshire the other been works number 2749. NCB had a total of 7 Janus Locomotives.  This particular model of locomotive was given the name Janus by YEC. The name from the two-faced god Janus as the locomotive was symmetrical with two 'faces'. Power and speed was similar to the British Rail Class 08 and 09 shunters and unlike those a central cab afford locomotive crews better all-round visibility especially when shunting.

Between 1956 and 1965 there were 102 Janus locomotives built all of which went into industrial use with the largest number (42) been used by at Scunthorpe Steelworks, Appleby Frodingham United Steel Branch. No 6 was given the NCB plant no 63/000/320.  No 6 is one of only a handful of Janus locomotives in preservation.

The locomotive has 400hp from its 2 rolls Royce C6SFL engines and is an 0-6-0 wheel arrangement. Its maximum speed is 23mph.Traction motors were provided by British Thompson- Houston (BTH) of which each Janus has 2, one been powered by one engine.

The loco was preserved and moved to the Buxton site of Peak Rail in July 1988 and returned to service. The loco moved to Darley Dale in May 1989 and was regularly used on the works trains towards Matlock in 1989 & 1990 - in 1993 it continued in use on the trains to Rowsley. The loco was sold in July 1993, and by March 1994 had returned to Industrial use at Cooper’s metals in Attercliffe, just a few miles from where it was built.

The loco was purchased in February 2003 and moved to Riversway in Preston, with the intention of the loco becoming the mainstay of the Ribble Rail loco fleet to operate the bitumen trains along the dock. Chosen due to her suitable ease of maintenance and power capability, the loco was named “Perseverance” and was to work alongside “Energy”, “Enterprise” and “Progress” on the docks hauling revenue earning trains. A full overhaul and repaint was carried out by the railway in preparation for the hard work in store for the loco, however there was an electrical issue which plagued the loco and was placed into storage in the Ribble museum building.

“No 6” was eventually purchased by the NSRC from Ribble Rail using proceeds left from the legacy of Roger Bennett, a volunteer on the CVR within the diesel department. The loco arrived on the Churnet Valley line in January 2008 and was named “"Roger H Bennett"” after the benefactor who helped pay for the acquisition. Like “No 6”, Roger himself spent time working at Peak Rail before coming to the Churnet Valley Railway.

In April 2019 No 6 visited Chasewater railways Coal Train weekend where it was seen in use with demonstration Coal trains consisting of HAA coal hoppers, and had photos taken with former colliers from the Littleton colliery.

No 6 is currently out of traffic awaiting refitting of one of its traction motors, and refurbishment of its radiators.  Bodywork repairs and a full repaint is also planned.

When operational No 6 can be seen operating around Cheddleton Station and MPD yard.

A 00 gauge model of No 6 has been produced by Golden Valley Hobbies portraying the locomotive in its current NCB livery. 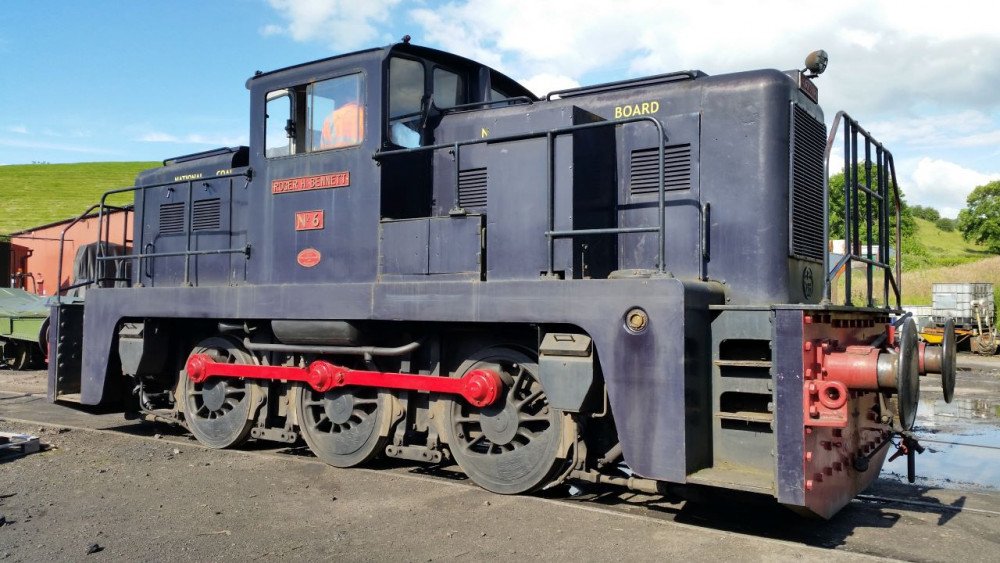 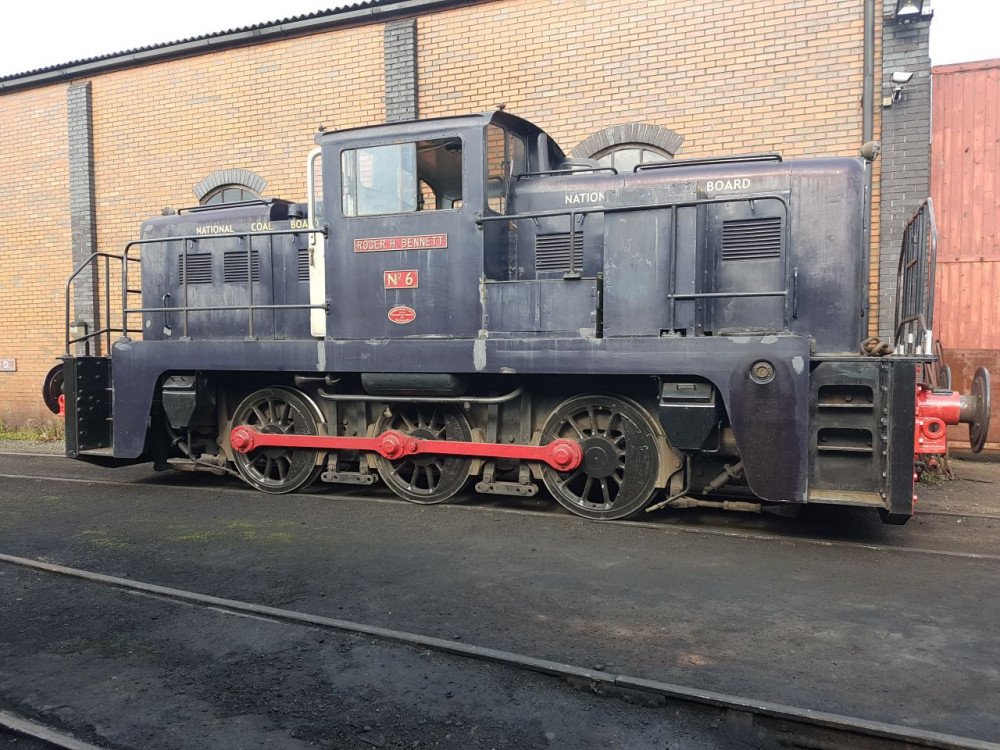 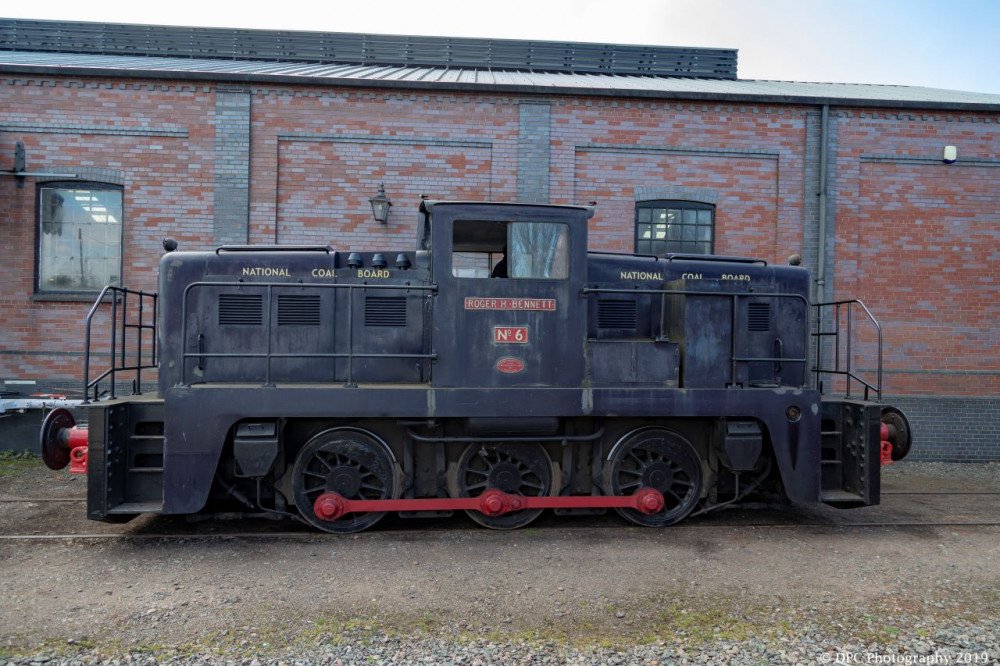 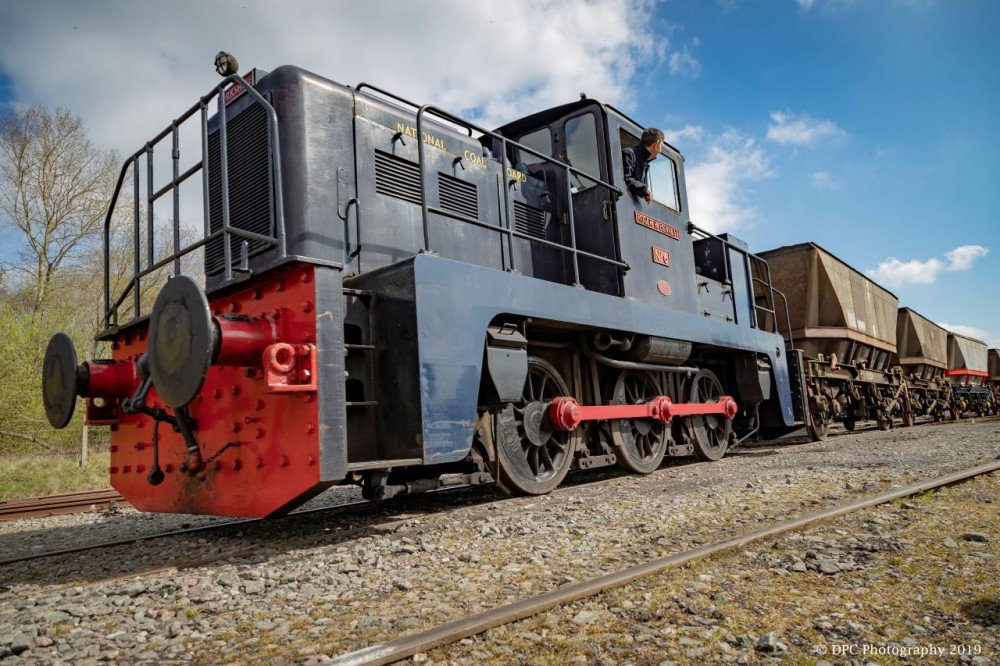 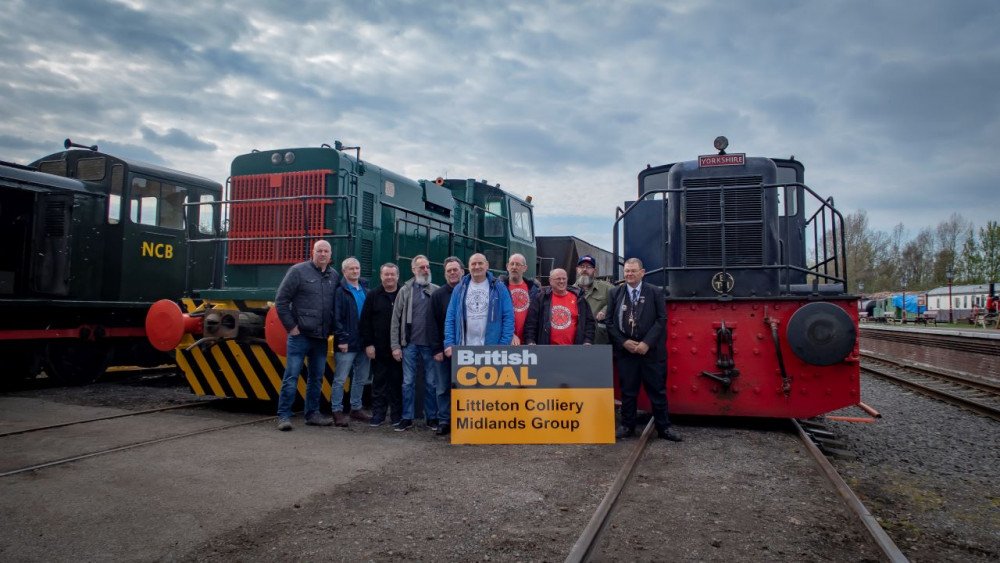