In a joint effort by all associated to the Churnet Valley Railway, the first vehicle purchased under the Leek Coach Appeal has been restored

The first BR Mk1 coach purchased in the North Staffordshire Railway Company (1978) Ltd's much publicised 'Leek Coach Appeal', is to haul its first passengers since the 1990s after an extensive overhaul was completed in collaboration by all groups associated to the Churnet Valley Railway.

Purchased by the NSRC from owners based at Butterley, Mk1 TSO no. E3809 arrived on the Churnet Valley Railway in January 2020 for restoration in preparation of the 'Reconnect Leek' project, which is anticipating the need for a second rake of carriages to be available for service. Originally envisaged to be completed in time for the CVR's traditional 'Santa & Steam 2020' event, after 3 lockdowns, reduced volunteer input and restricted staff input, this deadline was disappointingly missed.

Nonetheless all parties associated to the line have put a huge amount of effort in that sees this Mk1 vehicle ready to return to the rails for the debut of 'The Polar Express Train Ride TM' this winter. Batt Holden Ltd kindly oversaw saw the comprehensive rebuild of the frames and bodywork, with complete new sections installed where water ingress had rotted the original framework away.

The CVR Carriage & Wagon department was then able to take on the interior, bringing the worn seats back to life and installing new paneling in this thorough overhaul - including the early style of partitioning not regularly found on restored Mk1s. All electrics were replaced, and a fresh PA system installed that matches the rest of Churnet Valley's operational fleet.

The CVR Motive Power Department played their part, replacing the vacuum brake and steam heat systems before refurbishing the pair of bogies that E3809 is to run on. And now as the first Polar Express departure approaches, the vehicle is to be unveiled in a fresh coat of BR Maroon that matches the CVR's service set.

As the pictures show this has been one of the biggest rebuilds undertaken at Cheddleton in recent times, possibly even across the whole of the UK's preservation scene. If you wish to play a part in this ongoing project, then please donate through the link >here< or make an enquiry >here< to volunteer as these vehicles are brought back to life by the dedicated team at Churnet Valley Railway. 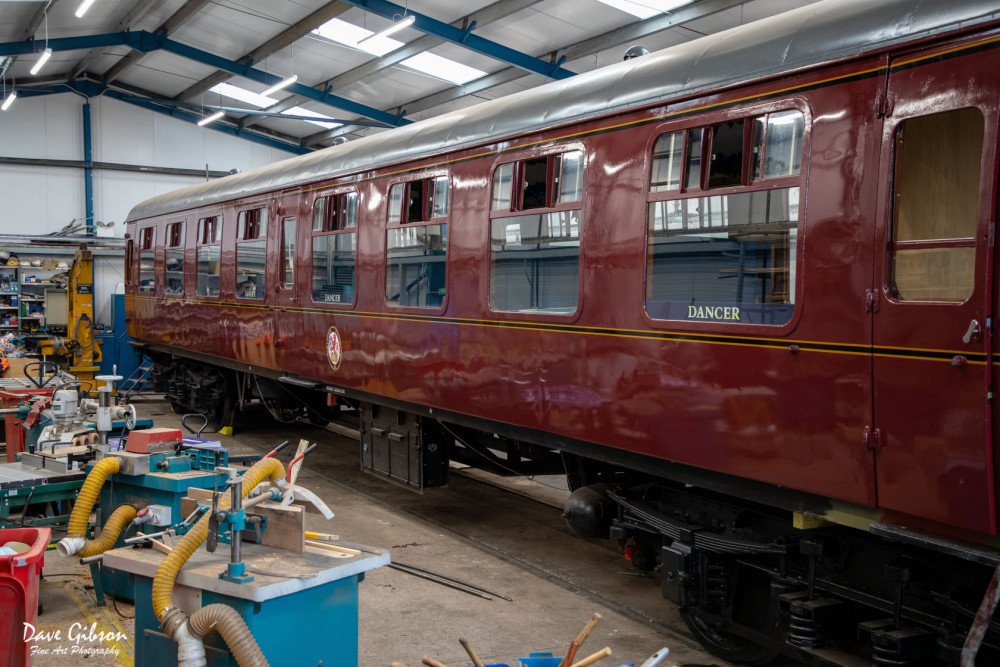 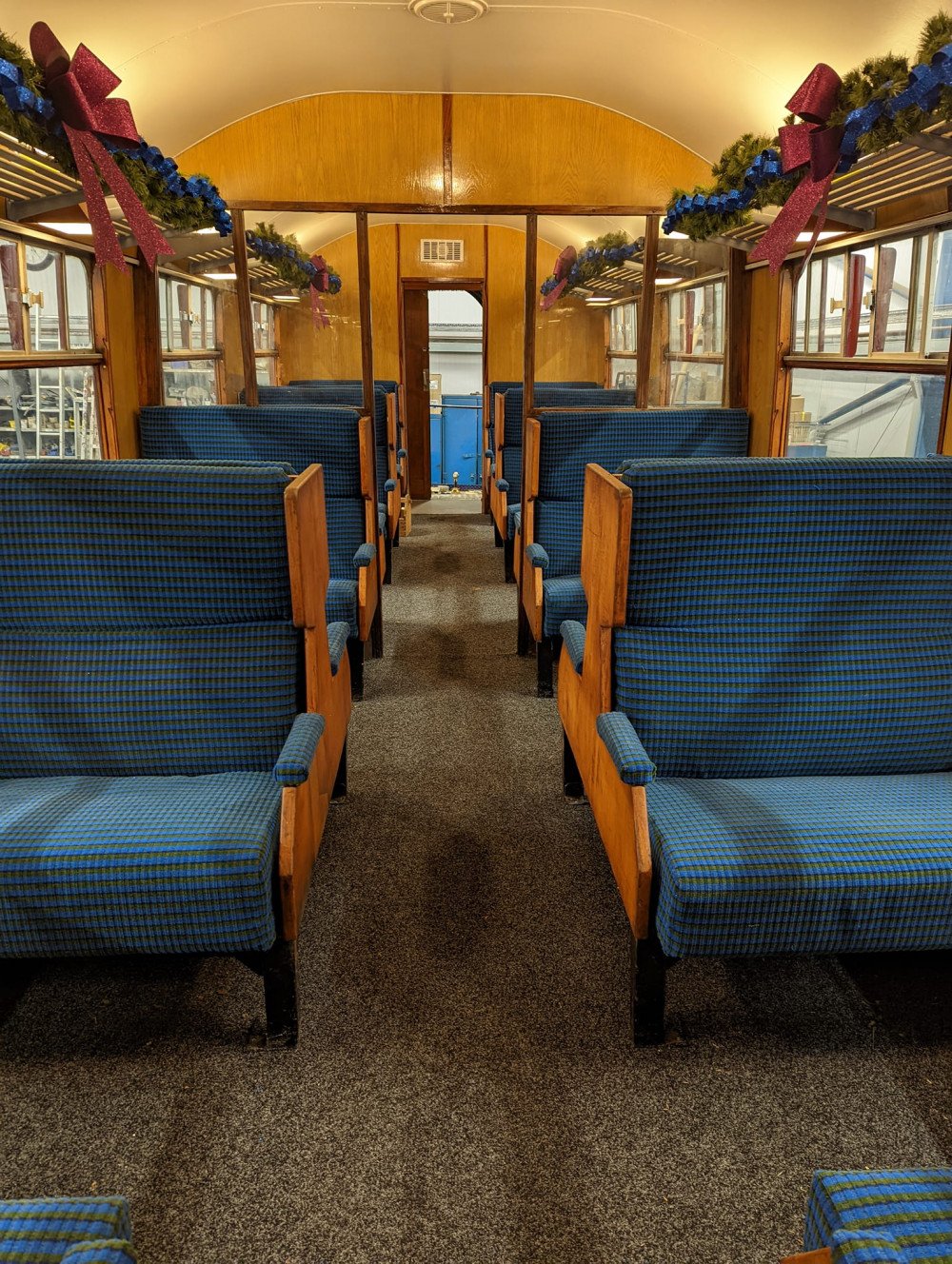 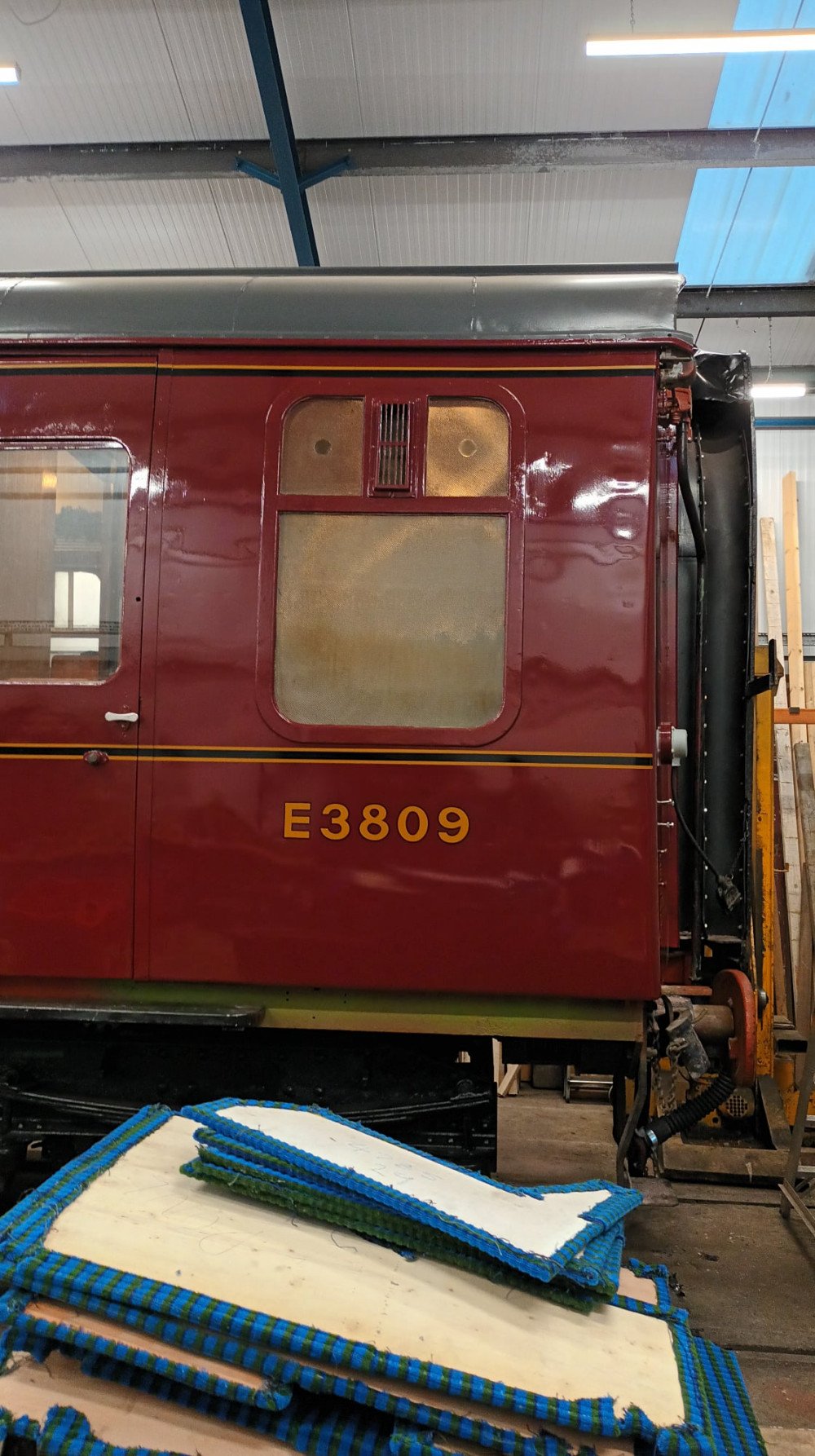